City of the Patriarchs

Recently, one of the Shiputzim daughters had the privilege of going on a school trip to Kever Rachel and Hevron. </reason #2467 for making aliyah>

YZG  went along and graciously offered to take some blogworthy pictures.

As always, please click on the photos for a much better view: 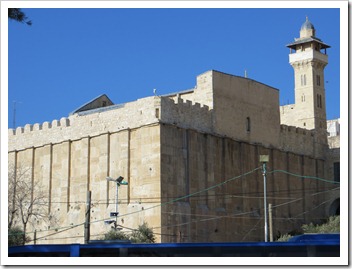 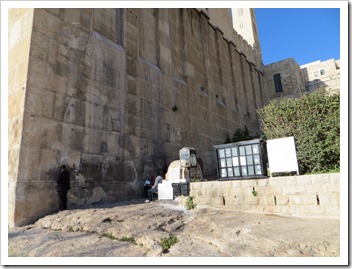 For some 700 years, the Moslems forbade the Jews from going beyond what was then the seventh step leading up to Me’arat HaMachpeilah’s eastern entrance. Today, many Jews continue to daven at this spot, because as the sign beautifully explains, the site “has been hallowed by the prayers and tears of countless generations.” 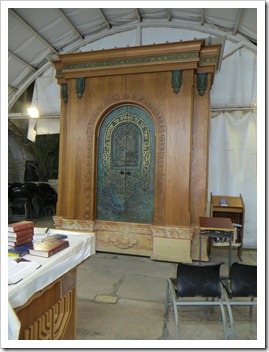 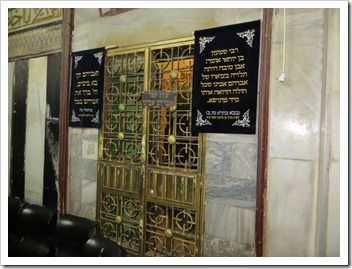 The sign reads, “Tziyun Kever Avraham Avinu” (“The Patriarch Avraham’s Grave Marker”) – although the actual burial place is probably not under this spot. 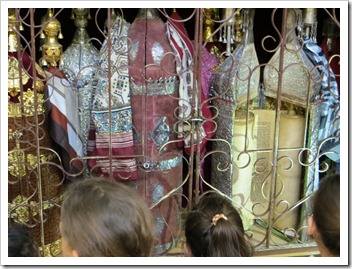 19th century Torah scrolls in Hevron’s Beit Knesset Avraham Avinu. The shul, now B”H rebuilt, was destroyed during the infamous Arab pogrom of 1929, but these Torah scrolls were miraculously saved. 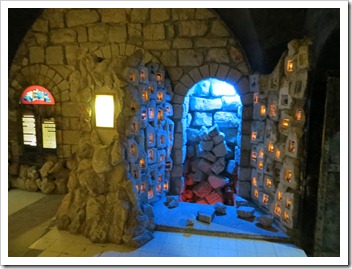 Inside the Beit Hadassah Museum 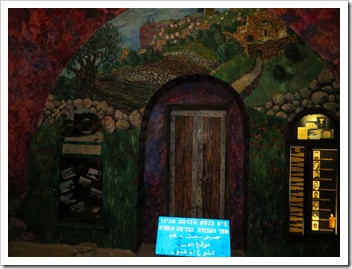 Another view from the Beit Hadassah Museum 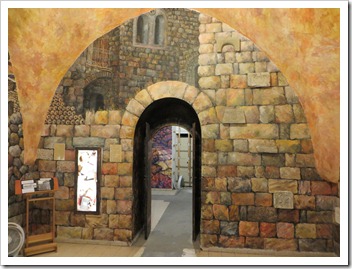 A third view from inside the museum

Thank you, YZG*, for these pictures!

When was the last time you were in Hevron?

* Coincidentally, this is not the first time that YZG’s impressions of Hevron appeared on this blog. Long time readers may recall that thirty years ago, YZG visited Hevron when he came on a high school trip to Israel and kept a journal. :-)