A recent interview with Rav Aharon Lichtenstein shlit”a - Rosh Yeshivat Har Etzion and one of the leading Torah giants of our generation - included the following, which IMHO seems to be an incredible refutation of the newfangled “Daas Torah” philosophy:

Interviewer: “You recently decried the trend of contemporary rabbinic authorities to isolate themselves from worldly affairs and general human wisdom. How much of a problem is this for religious life and for the Jewish people? How can the trend be reversed?”

Rav Lichtenstein שליט”א: “There is a lack of breadth and depth on the part of some in positions of leadership. Despite these limitations, some in the religious community turn to them for guidance in areas in which they lack the capacity to give wise advice. We probably cannot reverse this trend in the short term, but in the long term we should see to it that people receive a rich Torah education that is blended with an understanding of human nature and society. People with this broad education should be given a more prominent role as advisers and in making policy. Conversely, people who lack this educational and cultural breadth should recognize these limitations, as should those who turn to these leaders for guidance.”

Your thoughts?
(Please keep it civil. Thanks!)

Heblishization of the Megilah III

In honor of Purim and brought to you by the producers of the now-legendary Heblish translations of Mah Nishtanah, Esther 3, and Esther 5, the Our Shiputzim Editorial Board and OOOFNHS (=one of our favorite native Heblish speakers) proudly present:

(1) And the king and Haman came to drink with Esther, the queen.

(2) And the king said to Esther also in the second day, in the mishteh of the wine, “What is your question, Esther, the queen, and it will be given to you. And what is your request, until half of the kingdom, and it will get done.”

(3) And Esther, the queen, answered, and she said, “If I found chein in your eyes, the king, and if it is good on the king, my soul will be given to me in my question and my nation in my request.

(4) “Because we were sold, I and my nation, to destroy, to kill, and to lose. And if to slaves and to slaves-that-are-girls, we were sold, I was quiet, because the narrow is not equal in the damage of the king.”

(5) And the king, Achashveirosh, said, and he said to Esther, the queen, “Who is he this, and which is he, that filled up his heart to do yes?”

(6) And Esther said, “A narrow man and an enemy, this bad Haman!” And Haman was kicked from before the king and the queen.

(7) And the king got up in his anger from the mishteh of the wine to the garden of the bitan. And Haman stood up to request on his soul from Esther, the queen, because he saw, because she ended to him the bad from the king.

(8) And the king came back from the garden of the bitan to the house of the mishteh of the wine, and Haman is falling on the bed that Esther is on it, and the king said, “Also to capture the queen with me in the house?” The thing went out from the mouth of the king, and the face of Haman chafu’d.

(9) And Charvonah, one from the sarissim, said before the king, “Also, here the tree that Haman made to Mordechai, that talked good on the king, is standing in the house of Haman, tall of fifty amah!" And the king said, “Hang him on it!”

(10) And they hanged Haman on the tree that he got ready to Mordechai. And the anger of the king shachechah’d.

Warning: The following post may exceed the recommended daily allowance for opinion pieces by bloggers who have absolutely no business writing about controversial topics and who should stick to things like Heblish. Proceed at your own risk.

Featured prominently in the recent elections and apparently the main focus of the current coalition negotiations, universal conscription - aka “sharing the burden” – is now a hot topic here in Israel.

As I have mentioned several times, YZG and I are the very proud parents of a hesder yeshiva student/soldier, and thus, you won’t be surprised to hear that I firmly believe that hesder is the ideal answer to this issue.

However, I respect the fact that other people see things differently, but nevertheless, I think that there are two fundamental principles that we all can agree upon:

Yet, unfortunately, many political and communal leaders – including those who should know better – refuse to acknowledge one or both of these principles and have even resorted to what can only be described as misrepresentations, slander, and outright lies.

Here, then, is my humble attempt at setting the record straight:

The following is based on the experiences of the CTO and his friends.

MYTH: The IDF has it in for religious soldiers. FACT: Not only does the army go out of its way to make sure that religious soldiers are given sufficient time to daven three times a day and to bench after every meal, but consider the following true stories: (I know each of the soldiers involved personally.)

Note that in all four cases, the soldiers didn’t request any considerations. The army simply granted them automatically.

MYTH: The IDF has no interest in making allowances for chareidi soldiers and their stringencies. FACT: Already today, the food on a surprising number of bases is “mehadrin,” and the army has made it quite clear that it is prepared to increase that number if/when there is a demand.

Also, quietly and without fanfare, the army has been preparing for an influx of chareidim. For instance, male soldiers (including hesdernikim with low medical profiles) are being assigned to some of the positions traditionally filled by women (such as interviewing new recruits, training, etc.). The idea behind this move is to ensure that chareidi soldiers won’t have to compromise on their principles of strict gender segregation.

MYTH: Yeshivot hesder can’t be compared to “real” [sic] yeshivas. FACT: By any objective standard – e.g. the level of learning; the students’ skills, dedication, commitment, knowledge, and love of Torah learning; and the caliber, stature, and reputation of the roshei yeshiva and ram”im – the hesder yeshivas rank among Israel’s top yeshivot.

MYTH: The IDF is working to disband the hesder units. FACT: The IDF’s top brass clearly consider the hesdernikim to be some of the army’s best and most motivated soldiers and recognize that the vast majority of hesdernikim volunteer for combat units and are among the first to show up for reserve duty.

Moreover, the IDF is slowly opening up additional branches of the military (e.g. the navy) to hesder soldiers.

MYTH: The IDF has enough soldiers and therefore doesn’t need the chareidim. FACT: Even a layman can understand that a bigger army is a stronger army.

But even if one accepts the premise that there’s no room in the IDF for more than a specific number of soldiers, a larger draft pool will result in a higher-quality army. (After all, the army will have the luxury of choosing the best possible soldiers.)

Also, a surplus of soldiers can mean shortened military service and less reserve duty for everyone.

MYTH: Soldiers tend to become less observant/religious while in the army. FACT: The opposite is true for hesder soldiers.

Since the yeshivot prepare them - religiously, spiritually, halachically, mentally, emotionally, and psychologically - for their upcoming military service, hesdernikim know what they’re getting into and are acutely aware of the fact that they’re fighting for Am Yisrael and Eretz Yisrael according to Torat Yisrael.

Also, the yeshivot stay in touch with their beloved chayalim throughout their military service - via weekly newsletters, phone calls, and even personal visits from the yeshiva’s rabbis to the army bases.

Your thoughts? (Please keep it civil. Thanks!)

Some of you (you know who you are!) have suggested that the previous post was – how shall I put this? – quite the blogging cop-out.

But before you rush to award it the much-coveted “Most Unoriginal Post Award,” just wait until you read THIS post.

After all, as the title implies, it’s supposed to be a recipe post. (Please stop by and taste the results, if you happen to find yourself near TRLEOOB* tonight!)

And yet, the recipe comes from Mimi over at Israeli Kitchen; Our Favorite Bat Sherut did the baking; and YZG took care of the photography.

So, where did that leave me and why am I the one getting credit for this post, you [understandably] ask? 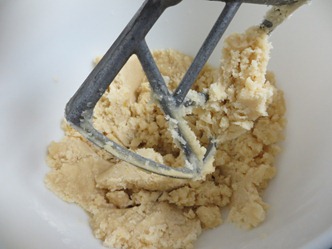 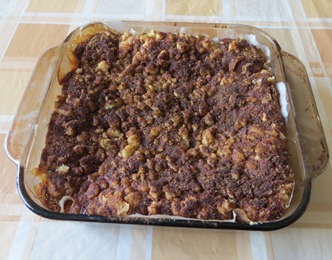 Store in the refrigerator.