Warning: The following post may exceed the recommended daily allowance for maternal boasting. Proceed at your own risk.

Due to various and sundry real life endeavors, I wasn’t able to write the traditional fast day food post on Sunday. Hopefully, however, THIS post will more than make up for my blogging lapse, because I think you’ll agree that it’s highly appropriate for the week of Assarah B’Tevet.

About a month after the CTO began his military service, he was traveling home from his base and found himself sitting next to another soldier from his unit.

They started talking, and during the course of their conversation, the soldier shared a wonderful story with the CTO.

As it so happens, this particular solider comes from a non-observant home and considers himself to be completely secular. (Although the unit in question was a hesder unit, there were a few secular soldiers there as well.)

Furthermore, in what can be taken as an unfortunate commentary on Israeli society, the soldier had apparently had very little direct contact with Orthodox Jews of any stripe.

Indeed, his impressions of his religious countrymen were largely gleamed from the media and basically consisted of stereotyped images of rock-throwing fanatics.

Panicked, he approached the commanders and requested that they transfer him to a unit with, in his words, “fewer kippot.”

But the commanders brushed him off with a dismissive “we’ll see what we can do,” and the soldier saw that he had no choice but to deal with his predicament.

So, he settled into army life and waited for the anticipated missionizing and religious coercion to begin.

Except that nothing happened.

In fact, as he admitted to the CTO during their ride home a month after their induction, he realized that he had been very wrong about the CTO and his fellow Torah scholars/soldiers.

They never tried to shove their beliefs down his throat. They never looked down at him. They never acted as if they thought they were better than him. And at no point did they try to force him to do anything.

Instead, he said, the hesdernikim proved to be a group of nice, friendly, and nonjudgmental guys.

When the CTO got home and told us this beautiful story, YZG and I were amazed and, BA”H, incredibly proud.

Sadly, different sectors of Israel’s population don’t always have a chance to meet, and as a result, we are often left with false impressions.

Therefore, IMHO, the CTO and his friends caused an incredible Kiddush Hashem (a sanctification of Hashem’s Name), because thanks to them, the soldier now equates being a ben Torah with being a mensch.

“‘And you shall love Hashem, your God.’ (Devarim 6:5) - [You must ensure] that the Name of Heaven shall become beloved through you… What do people say about him? Fortunate is his father who taught him Torah; fortunate is his teacher who taught him Torah. Woe onto those people who did not learn Torah. Ploni – who learned Torah – see how pleasant are his ways; how refined are his deeds. Regarding him it says, ‘And He said to me, you are My servant, Yisrael, in whom I take glory.’ (Yeshaya 49:3)” (BT Yoma 86a)

May we all be privileged to reach out with love to our Jewish brothers and sisters and to bring achdut (unity) to Am Yisrael.

Warning: The following post may exceed the recommended daily allowance for other people’s vacation pictures/videos. Proceed at your own risk.

Longtime readers know that unlike most Israelis, who tend to visit Eilat during Chanukah vacation, the extended Shiputzim family prefers to head in the opposite direction and spends Shabbat Chanukah up North.

This year, our specific destination was Nov, a religious agricultural moshav, located right next door to Avnei Eitan in the southern Golan Heights, and B”H, we had a wonderful time.

Which was nice for us, of course, but unfortunately, not so nice for you.

Because after all, it wouldn’t be the week after Chanukah here on Our Shiputzim without me forcing you to sit through, er, sharing our vacation pictures.

And so, without further ado, here are the threatened promised photos:

As always, please feel free to click on the pictures for a much better view. 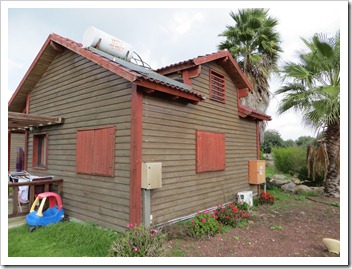 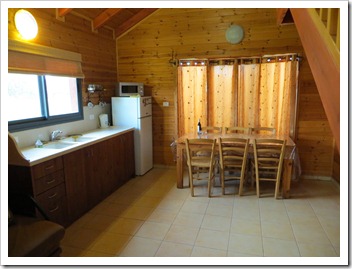 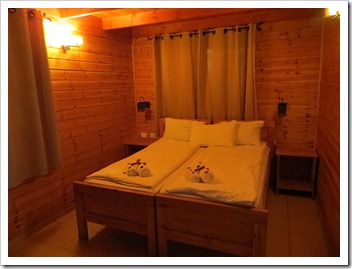 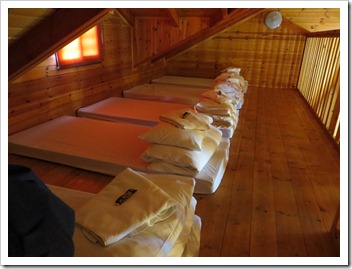 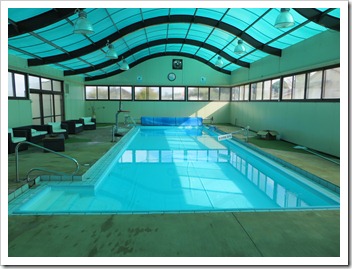 A view of the indoor swimming pool 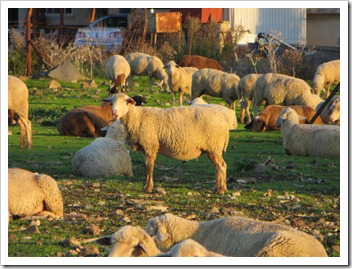 A flock of sheep

And as if all those pictures weren’t fascinating enough, and on the off chance that I haven’t yet managed to bore you all to tears, here’s a short video from our drive up to Nov on Friday. If you listen carefully, you can even hear the day’s weather report:

Have you ever been to Nov?

P.S. Speaking of Shabbat Chanukah, don’t miss my tribute to my Zaidy z”l. (It’s especially noteworthy, because it’s the first time I ever posted a picture of myself here on the blog…)

P.S.S. The latest Kosher Cooking Carnival is available here. Special thanks to Batya for including my “ceasefire pie” (aka chocolate mousse pie) post.

Matters of state are extremely complex, and every policy/military decision depends on countless factors.

But would it really have been too much to ask for the government to at least acknowledge that the recent ceasefire would impact the dessert situation here in TRLEOOB (=the real life equivalent of our blog)??

I mean, surely our prime minister, who’s justifiably known as a brilliant strategist, should’ve foreseen that the affair would play out as it did?

After all, once the IDF launched Operation Pillar of Defense and a certain hesdernik was called up to serve along the Gaza border, it was inevitable that we would send along a batch of chocolate swirl blondies.

And given the fact that there was a war going on, it should’ve been obvious to this country’s leaders that the aforementioned hesdernik would be too busy doing whatever it is that one does during a war to have time to eat - or even to share - most of the aforementioned blondies.

And therefore, once the war came to an abrupt halt and the hesdernik in question returned home on erev Shabbat, it was only to be expected that we would suddenly find ourselves in possession of a mostly-full container of stale blondies.

But (and here’s the surprising part…) although this chain of events should have been highly predictable, not. a. single. person from Israel’s military and political echelons contacted us to advise us about the disposal of the contents of said container!

Fortunately, however, a certain bat sherut happened to be home at the time, and BA”H, she too has earned quite the well-deserved reputation for brilliance. </gratuitous maternal boasting>

And sure enough, she came up with an ideal - albeit not particularly healthy - solution: 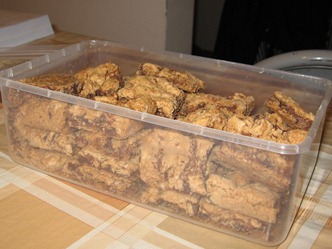 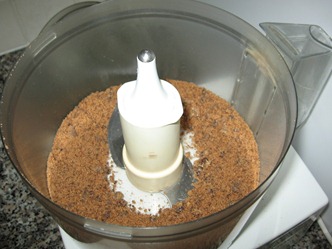 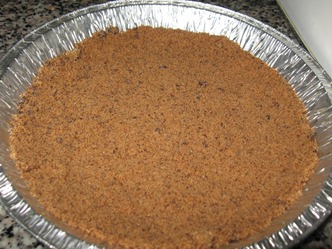 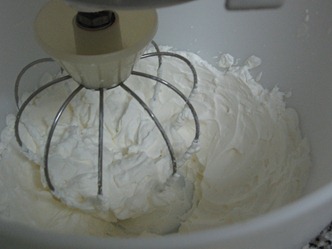 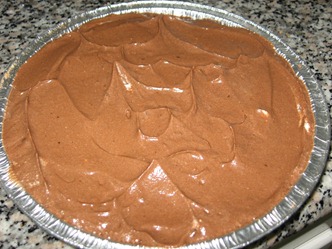 The chocolate mousse recipe comes from my friend E.

Press cookie crumbs on bottom and sides of an oiled pie pan. Set aside.

Melt sugar and chocolate chips in the microwave. Add hot water and vanilla and mix well. Carefully fold  the chocolate mixture into the whipped topping.

Gently pour the mousse into the pie crust. Refrigerate for a few hours or even overnight before serving.