Deliberately – and recklessly - altering a recipe beyond recognition to the point that it requires a new name is a fairly common occurrence around these parts.

For instance, longtime readers may recall that the same thing happened with our no-name bars and our kosher for Pesach choco-nut bars.

This time, however, the baker in question had every intention of sticking to the original name.

After all, in a perfect world, there would be no reason to make any changes whatsoever to something called “baked apple cider donuts”.

But, alas, the baker was stymied by the insurmountable limitations of the kitchen here in TRLEOOB*.

Lacking a donut pan, apple cider, or even allspice (all of which, I’m told, are key elements in the baked apple cider donut production process), she was forced to admit that a rebranding would once again be in order.

Yet, fortunately, this story has a happy ending.

Because thanks to the baker’s celebrated resourcefulness, a different but equally delicious dessert was the final result: 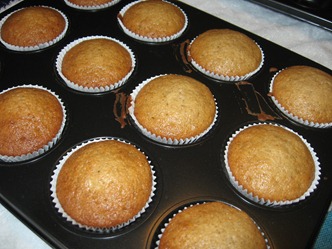 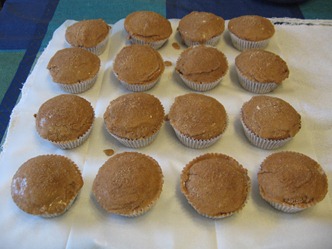 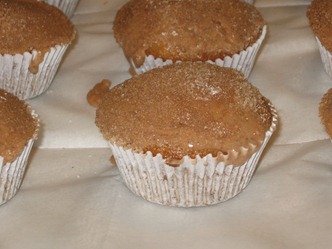 Place paper cupcake liners into cupcake pan. Pour the batter into the cups, and bake at 350 degrees for 15 minutes or until done. Let cool slightly.

While baking, prepare the glaze and the topping.

Dip each cupcake into the glaze and then into the topping.