Apparently, this is the credo of the National Roads Authority’s translation department.

You see, earlier this week, the Shiputzim family spotted two road signs on one of Israel’s northern highways.

Each of the signs was more than blogworthy in its own right.

But the two signs together – situated, as they were, less than a kilometer apart - well, all I can say is that they would’ve warmed Emerson’s transcendental heart… 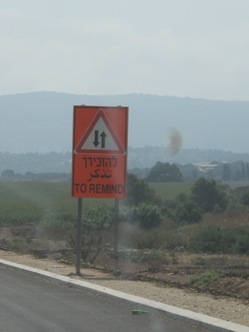 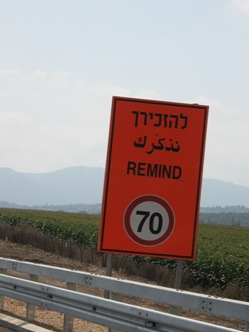 To remind or not to remind – that is the question…