The original idea was to bake some pesachdik (i.e. kashla”p, for the Hebraically-oriented among you) mandelbroit, using a recipe from here.

But unfortunately, that plan didn’t pass muster with TPTB (=the powers that be) – i.e. He Whose Fault It Is That We Don’t Eat Gebrochts (that would be YZG, for those of you who are just joining us now) – who felt that mixing matzah meal and apple sauce was too extreme, even according to our admittedly-lenient gebrochts standards.

And so, the Resident Ulpanistit and I took the aforementioned mandelbroit recipe and made so many additions, subtractions, and modifications, that the end result proved to be a different dessert entirely: 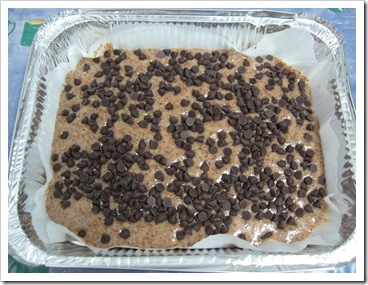 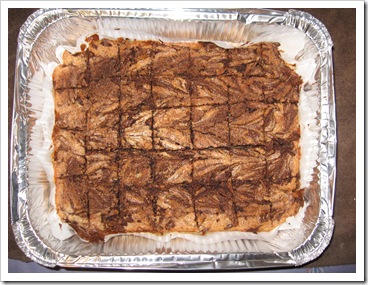 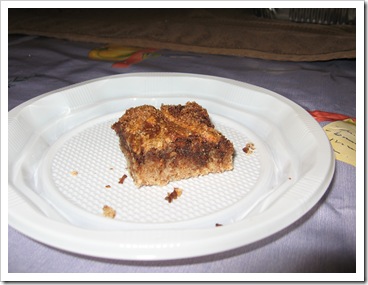 Adapted and altered beyond recognition from here.

Bake at 350 degrees for 10 minutes. Remove from oven, and use a knife to form a marble pattern (a la chocolate swirl blondies). If using cinnamon/sugar or brown sugar, sprinkle over swirled batter. Return pan to oven for an additional 30 minutes.

Remove the pan from oven. Cut into bars and let cool in pan.