Warning: The following post may exceed the recommended daily allowance for other people’s vacation photos. Proceed at your own risk.

If my overstuffed Drafts Folder is any indication, I owe you at least three national park posts and an equal or even greater amount of Heblish posts.

But first, with your indulgence, here’s an idea that has been designated an “Ideal Late Summer Outing.”

As I’m sure you know, in order for a tourist site to be eligible, it has to meet two basic criteria:

If the attraction is interesting to boot, well, that’s just a nice side benefit, but it’s certainly not a deal breaker or anything...

Nesher manufactures most of the Portland cement (i.e. melet for the Hebraically-oriented amongst you) used to produce the concrete (i.e. biton) that is the backbone of Israeli construction, and the company offers free tours. [Note: Advance reservations are required.]

And now, without further ado, the long-awaited threatened pictures: (As always, feel free to click on the pictures for a closer view.) 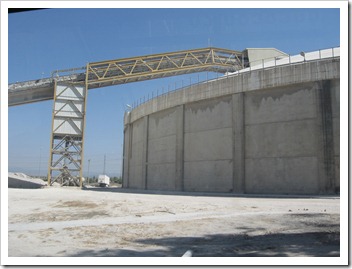 The cement is mixed in this building which is covered by a free-standing dome. According to the guide, it is the largest such structure in the entire Middle East. 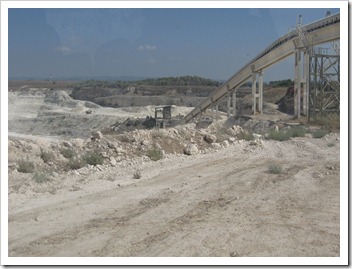 The conveyor belt leading out of the quarry. 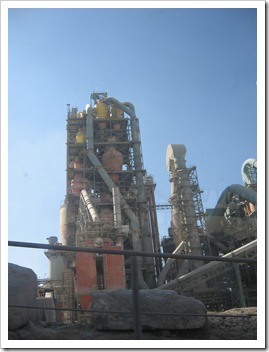 The “preheater” which leads directly into the furnace. 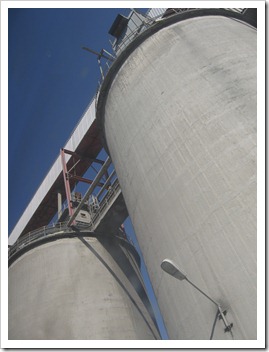 A view of two cement silos. 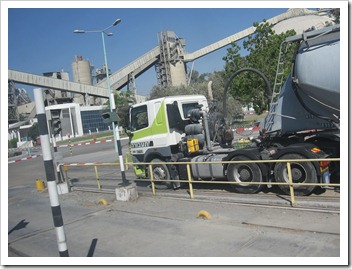 A cement truck is weighed on an automatic scale as it enters the plant. 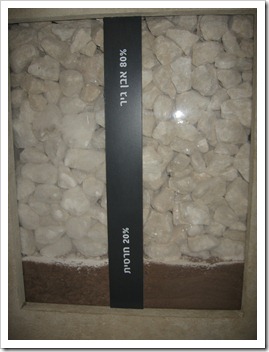 A display case demonstrates that “clinker” (which is turned into Portland cement) is composed of 80% limestone and 20% clay. 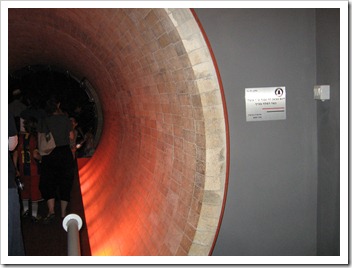 A model of the furnace. There is no cement between the bricks, which are simply wedged into place.

All in all, we enjoyed the visit.

The price was right; the tour was extremely interesting and informative; each visitor received a free, cold Tropit (a bag of sugary grape drink) on the way out; and even the KQ (=kvetching quotient) was relatively low – in spite of the fact that one or two of the Shiputzim teens had been to the factory as part of a school trip back in elementary school…

Have you ever been to the Nesher factory? What other free, air-conditioned attractions can you recommend?

P.S. The latest Kosher Cooking Carnival is available here. Special thanks to Batya for including my cinnamon buns post.